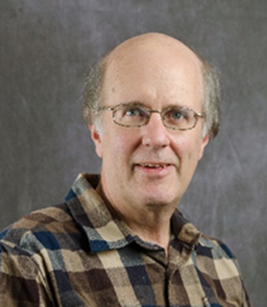 Spencer joined the NJSM in the early days after being recruited by NJSM founder David Wolverton in 2003.

Spencer currently serves as a member of the Monmouth Council BSA Executive Board, and also serves on their Camping & Property Committee. He has actively applied his electrical engineering skills to design and rebuild electrical systems at the Council’s Forestburg and Quail Hill Scout Reservations – which has become a 20 year volunteer effort that is still underway.  As a member of the NJSM Building Committee he is applying his experience with energy efficiency to the new museum building planned for Quail Hill Scout Reservation.

Spencer first joined Scouting in 1965 as a Cub Scout in Pack 205 Middletown, New Jersey, and was then a charter member of Troop 128 Middletown – where he earned the rank of Eagle Scout with Bronze Palm in 1972.  In Scouting, Spencer has received a number of honors & awards, including Vigil Member of the Order of the Arrow, Wood Badge, Marshall Ericson Distinguished Eagle Scout Award, Thunderbird District Good Scout Honoree, Silver Beaver Award and District Award of Merit. Spencer currently serves as District Chair for the Thunderbird District of Monmouth Council BSA.

Spencer graduated from Middletown Township High School in 1974, and then from Stevens Institute of Technology in 1978, earning his Bachelor of Engineering degree.  Spencer is married to Susan Morasch, who is an avid volunteer in the local food bank, and numerous Girl Scout functions. He has two sons – Shawn & Kurt. Shawn earned his Eagle Scout in Troop 82 in 2006. Spencer is a member of St Uriels Episcopal Church, Sea Girt, where he volunteers for numerous parish duties.